The disruptive power of tall timber

The essence of our firm’s design is innovation, be it the world’s smartest and most sustainable building yet, The Edge in Amsterdam, research proposals to improve urban movement (SkyPod and CarTube), or to build taller than ever before in timber – the Oakwood Timber Tower series. All have at their core the aim of making our quality of urban living and wellbeing better. By 2050 the residential population of 150 of the world’s great cities are projected to double. The existing challenges of insufficient housing in London will become more acute. With population increases, cities will naturally densify, high-rise solutions will predominate, and the CO2 footprint will increase massively without mitigation and active intervention. Can we meet the challenge? Our goal should be to improve the quality of life and freedom of choice, allowing cities to thrive. The provision of housing seems an intractable urban challenge however. Cost seems to be driving away the best and most innovative idea makers – the millennials – as the city gentrifies. The younger innovators on which the city ultimately depends are dispersed and forced away. Can we advance a new paradigm, reducing the seeming disruption and extortionate costs of residential housing development through the harnessing of innovations such as robotics, Big Data, crowdsourcing, and the latest materials?

In support of smart cities

Smart cities of the future will be incubators that hatch innovative ideas, such as the new logistics apps, like Blockchain, that are creating a more direct and responsive global marketplace. London needs to rethink and realign its urban economic imperatives, to include greater influence of millennials in transforming the design of our cities to meet their needs, incorporating 5G networks. As The Edge illustrates, ‘smart’ buildings flourish within smart cities, and 5G will drive technology, from AI to health benefits in offices from WELL Standard-like research and city design initiatives. Can we make daily life in our future cities a healthy experience, reducing stress while increasing stimulation? Can design, architecture and materials be used to promote this healthfulness and de-stressing? Based on science and anecdotal evidence, the answer seems to be that engineered mass timber looks to have terrific potential to improve urban dwellers’ quality of life.

PLP Architecture, with University of Cambridge Centre for Natural Material Innovation, and structural engineers Smith and Wallwork, are collaborating on provocative feasibility research into mixed-use engineered mass timber/CLT high-rise towers for 21st century cities. The Oakwood Timber Tower proposals – one in London, and two in the Netherlands – have been designed to improve our sense of urban wellbeing, while being a response to anticipated future needs. Oakwood Timber Tower 1, a feasibility study for an 80-storey, 315 metre engineered mass timber and CLT tower at London’s Barbican, was hugely provocative for the construction industry. It contains a total of 1,000 ‘micro-housing’ units, in a 1 million ft2 mixed use tower, with new low-rise terraced accommodation above existing structures. For the second iteration, Oakwood Timber Tower 2, ‘The Lodge’ was put forward with innovative Netherlands-based developer Provast NL. This project extended our knowledge of the potential of engineered timber technology with a 130 metre centralised oval design, as a more ‘real-world’ initiative. A series of ‘straight’ three-storey glulam columns rise up within the hyperboloid tower form, this slender basket weave grid shell creating a dynamic ‘airframe’ silhouette (see image below). Oakwood Timber Towers 3 is the most recent investigation and a further iteration of the concept. The Lodge 2/Treehuis, again in the Netherlands, employs a cellular ‘tube within a tube’ construction.

Our team has long been investigating the myriad benefits of engineered mass timber. As a tower, engineered mass timber has the potential to create an architecturally more pleasing, relaxed, sociable and creative urban experience; free, abundant, renewable and sustainable. Beyond the engineering and the sequestering of CO2, we as humans have an affinity for nature, and timber. We are calmer and more sociable when this natural material is in sight, our heart rate slows, we are less stressed, and apparently, more sociable; such settings evidently promote healing. People naturally associate timber interiors with the out of doors, and some believe that the ‘phytoncide’ VOCs produced by timber are similar to the benefits of walking in a forest glade, claiming they boost our immune system. Tests have shown that it lead to increased concentration in children of all abilities. Claims have also been made that in timber buildings one half of our brain gets ‘smarter’, we recover faster from surgery or illness (perhaps related to timber interiors’ restfulness), energy levels increase, and sleep improves. As a harvested natural material, mass timber has a high visual appeal to the human psyche, encouraging a sense of wellbeing among residents. Modular cross-laminated timber (CLT) establishes a new level of precision, quality control and fire protection; bringing a new structural aesthetic and elegance in form. As well as being faster in construction, and less disruptive to the local neighbourhood, modular CLT construction is quieter, so could also conceivably be used to extend many existing concrete buildings upwards substantially. For example, we understand that a recent feasibility study was done in Toronto to double the height of an existing Four Seasons Hotel. As a provocation to the industry, we are stretching the theoretical limits of plant-based materials with our tall timber concepts, nearing, or going just beyond the easily feasible. This requires further collaborative study including establishing ongoing testing programmes.

The use of timber as a structural material in tall buildings is an area of emerging interest for a variety of potential benefits; the most obvious being that it is a renewable resource, unlike prevailing construction methods using concrete and steel. The research is also investigating other potential benefits, such as reduced costs and improved construction timescales, increased fire resistance, and significant reduction in the overall weight of buildings. There is 40 per cent less waste immediately, and greater potential for second and third use for the material. Our disruptive research into tall engineered timber buildings also looks towards creating new design opportunities. Timber construction may have a wider positive impact on urban environments and built form than we have currently envisioned, and offers opportunities not only to rethink the aesthetics of buildings, but also the logistics and cost; in light of this new technology and potential savings of production based from computer-driven precision – BIM, GC, and Blockchain – and robotic staged construction methods. Building faster, lighter, at better quality, with improved resilience, and in a significantly more environmentally responsible way. The light and high precision prefab components lead inevitably to automated and robotic construction methodology and ‘flat pack’ cost efficiency. In Canada, which uses a high degree of modular timber, construction is 10-15 per cent cheaper now – one can well imagine with a far greater sourcing and a great volume and potentially doubling of product perhaps a 50 per cent reduction could be achieved. The 20 per cent time savings should be possible to be reduced as well to say 50 cent with fuller production take up.

The average home in London is £540,747, thats £135,000 or 25 per cent higher than say Boston in the US. One wonders can all the promised efficiencies of Big Data be brought to bear on to meet an oncoming demand. Can the market achieve new efficiencies in the housing market, what would happen to the London market if the price were halved, and construction times were significantly reduced, would London see a renaissance as a vibrant home of young new ideas post-Brexit ? Despite harnessing new technology and new forms of shared financing like crowd-sharing, and with Big Data and Blockchain logistics brought to bear, we can only streamline an already overly complex and burdensome methodology. We are better to invest the notion of people and cities, and harnessing their new ideas for the future, than to promote older, laborious and uneconomical methodologies. We need to look again with new eyes at established methods which are now lacking. One new idea, crowd-sharing debt for new micro-housing developments, can make the broader populace direct investors in the quality of their cities. This could be part of the solution to establishing new housing models better suited to young urban professionals in idea industries, and key workers. Similarly, we are finding engineered mass timber to be a truly 21st century material, as a response to several challenges including increasing CO2, and growing high residential demand, globally. As our society moves by necessity towards the creation of smart cities and valuing idea creation, this ‘New’ 21st century material seems to also answer future potential by making our cities better places to live together; better places to think a new and act anew. Kevin P. Flanagan is senior partner at PLP Architecture International 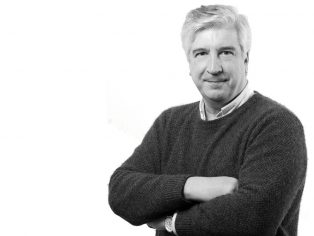