Confirmation of the Planning Bill, which includes a raft of changes to the system, has been announced in the Queen’s Speech, as well as a new Building Safety Regulator in the wake of Grenfell.

The Queen announced that the Planning Bill will “modernise the planning system, so that more homes can be built.”

Following the publication of the Housing White Paper in August 2020, the Bill is intended to ease planning controls to increase housebuilding rates in England. It splits the country into Growth, Protection and Regeneration zones, with developments in ‘Growth’ areas being harder for local opponents to block.

The Queen said that, as part of the new Bill, the new Building Safety Regulation will “ensure that the tragedies of the past are never repeated.”

Industry reactions
The industry has so far reacted positively to the focus on planning reform, though many had individual qualms and worries around its implementation.

Dominick Veasey, director at Nexus Planning, welcomed the news, given delays caused by anticipation of the announcement: “We were finding an increasing number were delaying plan-making to possibly avoid costly and abortive work, given a fundamental system change was on the horizon.

He said that the “devil will be in the detail,” but hoped that with “an ever-worsening housing crisis, the Bill progresses swiftly through the Houses and receives timely Royal Assent.”

“If not,” he argued, “the reforms and the Bill could ultimately have wholly the reverse effect on what the Government is trying to achieve – effectively, planning system gridlock and housing delivery hiatus!”

Nicola Gooch, planning partner of Irwin Mitchell, commented on the conflicts which the Government were wrestling with over increasing housing numbers: “If nothing else,” she said, “this seems to indicate that MHCLG has yet to figure out how to ‘square the circle’ between a real desire to increase housing numbers, and reduce NIMBY-ism, and its ongoing political commitment to localism.

“If the fallout from the ‘Mutant Algorithm’ rebellion has taught us anything, it is that there is nothing like a loss of local control over housing decisions to inspire a wide-spread revolt on the conservative back benches.”

Andrew Shepherd, managing director at TopHat Solutions said the overhaul of “our dated planning system is well overdue,” and argued that the proposed changes outlined “will be crucial to hitting the Government’s annual housing targets.”

He continued: “The inefficiencies of the current system means it takes far too long to have planning approved, and the more time that passes, the longer people go without suitable housing. It’s all very well opposing new builds from a privileged, homeowning position, but these decisions have an enormous economic impact – both through low levels of affordability and the fact that the UK’s workforce becomes less mobile due to a lack of suitable housing across the country.”

Naveen Jaspal, COO of online estate agent Emoov, welcomed the changes, as long as they are implemented effectively: “I fully support the idea of the zoning systems as opposed to the slow, case by case way it is done now. It will definitely be the way to move forward and a better way to invest in the infrastructure of communities.”

“As long as it is administered in an effective way,” she said, “it would really bring a lot of value to local communities, especially where there is space and need for housing.”

Claire Fallows, Partner at Charles Russell Speechlys, however gave a warning on moving too quickly: “While concrete progress will be welcomed, it will be extremely disappointing if the Government decides to rush through legislation without detailed engagement with the industry. This cooperation is vital to make long-term, sustainable improvements to the planning system.

“The reality is it will take years to pass the necessary legislation to transition to a new system and to bring new plans into effect. Less fundamental amendments could bring about positive change more quickly. We can expect a long wait before we see if the new system will indeed clear the obstacles or simply create new ones.”

When it came to the Building Safety Bill, Lord Porter, building safety spokesperson for the Local Government Association, said that it “cannot come soon enough to reform our broken building safety system and enshrine tough new legislation into law.”

He continued: “People have a right to be safe and to feel safe in their own homes, and industry and duty-holders now need to step up and deliver the remediation work required.” 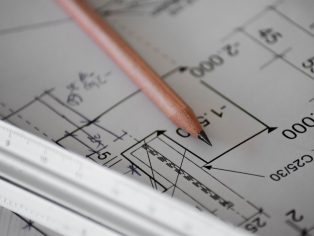