Getting the balance right

Jon Sheaf of AluK discusses the considerations that must be taken into account when specifying curtain walling, alongside achieving the right aesthetic results

Once a glazed facade has been chosen as part of your building envelope, the first stage in drawing up the specification is to decide whether to use curtain walling or a punched hole window option. As a general rule, curtain walling is required for large expanses of glazing over 3000 mm high or which span multiple floors. Also, if the design features curved on plan, faceted or raked details and if any external attachments are to be fixed to a glazed facade such as solar shading or signage, then curtain walling would always be preferred to windows. Understanding the static considerations which dictate the specification of the mullion and transom back box sizes in curtain walling is essential, in order to end up with a facade which is both cost effective and meets the client’s performance requirements for a building. Over-engineer these elements and the curtain walling will be too costly, under-engineer them however, and it will lead to performance issues. It can be a delicate balancing act and, for anything other than routine projects, I would always recommend getting advice from a specialist systems house in the first instance. By definition, curtain walling is a system which supports no load other than its own weight and the environmental forces which act upon it. However, it is obviously required to control everything from heat and air flow to noise and solar gain, and to be strong, durable, cost effective, and of course to look good.

Aesthetically, stick curtain walling, which is assembled and glazed onsite, offers the slimmest and most consistent sightlines once installed – typically 50 mm for both the mullion and transom. It also easily caters for staggered transom and mullion options if required. When I deliver CPDs on the topic of curtain walling, I advise that having a complete curtain wall facade with as few interfaces as possible is the best route to optimising the water and air tightness, and avoiding the inevitable interface issues between trades or differing systems. I also advise specifiers on how to optimise the system for structural performance, taking into account the factors, which can affect the choice of mullion or transom used. This covers whether the curtain walling is fixed inboard or outboard of the slab, the size of cell required, the wind load, and what the predicted building movement will be. Whether the mullions sit in front of or between the slabs though, structural movements and differential deflections in multi-floor buildings can be largely accommodated by the use of either lateral (slotted holes) or dead load (round holes) in the bracketry. For the more slender glass sizes, a major consideration is ‘racking’. This can be particularly problematic if the dead load of the whole system is not directly transferred to the ground. Any slab deflection and the consequential differential mullion movement must be assessed for racking.

Other factors to take into account in a curtain walling specification are the mullion and transom spans (‘lx’ value), the glass types and weights (‘ly’ value) and the glass pane centres, because all will have an effect on the required performance of the finished facade. Without early exploration, the original design intent may need to be compromised to accommodate the issues above. Drainage is always a key consideration as well of course. These days, most curtain walling systems are mullion drained rather than zone drained, with the transoms effectively acting as ‘gutters’ moving any water to the ‘downpipe’ mullions for it to drain through. Increasingly, curtain walling is required to interface with other facade treatments such as cladding and brise soleil. It is essential to consider the strength of the curtain wall mullion nosing, because external items are generally fixed to that through the face of the system, but it is perfectly possible to attach solar shading, walkways, double skin facades and signage. And of course, any product specified must comply with the curtain walling product standard BS EN 1380 and have been tested to the CWCT requirements for air permeability, water tightness and wind load resistance. Even if you get the specification spot on though, the eventual success of a curtain-walling project can largely be down to the choice of sub-contractor. In awarding the contract, consideration must be given to both cost and capability. Awarding a small project to a large, over resourced sub-contractor can prove just as problematic as awarding a large project to a sub-contractor who is too small to handle it. 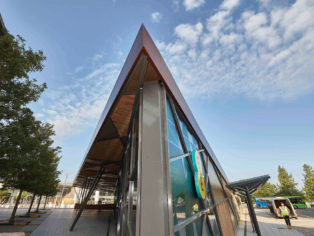 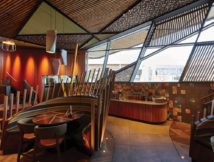 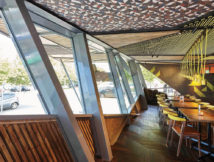