The fledgling market for bird-safe glass

Birds colliding with glass on building facades is one of the leading causes of avian mortality across the globe, however despite this fact it’s an issue that has often flown under the radar in the UK. Here Leo Pyrah of Pilkington discusses how specifying the right glazing can minimise this problem

Colliding with glass doors and windows, while embarrassing, rarely causes people lasting harm. Unfortunately it’s a rather different story for birds, which often fly headlong into glazing in residential and commercial buildings because they simply don’t realise it’s there. Given that these collisions kill millions of birds each year, it’s clear that avian protection is a challenging – but vital – conservation issue for architects and specifiers to address. As glass continues to make up more and more of the external building envelope, it is highly likely that the number of birds affected by this issue will increase in the years ahead. Taking a closer look at the glazing specified would therefore be crucial in tackling the deadly impact buildings have on avian populations.

The problem of birds striking buildings is, thankfully, beginning to attract the proper level of attention in our increasingly ethically conscious society. Building Regulations and guidelines focused on bird-protection for new builds and major renovation projects have become increasingly common, particularly across the US and Canada, where it is estimated that up to 600 million birds a year die from colliding with windows. The US Congress recently reintroduced the Bird-Safe Buildings Act (2017), which stipulates, among other things, that at least 90 per cent of the exposed facade material on new public buildings (up to 40 ft – the primary bird-collision zone) should either be made up of glass employing bird-safe elements, or not be made of glass at all. Despite the UK lagging behind from a regulatory perspective, it’s highly likely that similar regulations will begin to make their way across the Atlantic in the near future, meaning it’s worth being prepared. Indeed, recent revisions to Building Standard 8560 – governing the design of buildings incorporating safe work at height – specifically reference bird protection measures as a design factor; is this an indicator of events to come?

The main reason that birds fly into windows is that they will often fly towards objects reflected in the glass – unaware that what they see is merely a reflection. While efforts to fix this have been made by adding visible shapes or decoration (such as a printed dot pattern) to windows in order to alert birds, this can naturally interfere with glazing’s effectiveness as a window, and a building’s wider aesthetic appeal. Specialised bird-friendly glass fixes this issue by using a ultra-violet (UV) enhanced patterned coating to break up the reflectivity of the glass surface. Because many birds see the world through UV rays of varying wavelengths – virtually invisible to the human eye – the coating creates a barrier for birds to avoid, with limited effect on the window’s visibility for humans. In terms of the pattern itself, research has found that birds will not fly through spaces less than two inches high and four inches wide. This led to the creation of the popular ‘2×4 rule’ where the patterns applied to the glass are spaced no wider than these dimensions, often resembling a spider’s web. Some bird-safe glazing products on the market, while effective, may still reduce the transmission of natural light through glass and potentially affect views from inside the building – obviously a key consideration for architects and specifiers to bear in mind for building users. However, these effects are being minimised as the fledgling bird-safe glass market takes flight and the technology continues to advance. We’re already seeing the trade-off between specifying bird-friendly glass and overall glazing functionality lessen, as bird-safe coatings are increasingly used alongside other glazing technologies (such as solar control), for a multi-functional solution that combines the best of both worlds.

Making buildings safer for our avian friends – for example by designing windows in recesses to block light and reflections – is critically important. However, it could also previously be costly, difficult, and require a degree of compromise. This combined with a lack of awareness and UK-applicable Building Regulations, means that bird-friendly buildings have traditionally been a rarity in this country. However, bird-safe Building Regulations – and whether major commercial developments adhere to them – are becoming an increasingly hot topic in the media. For example, conservation groups branded the Minnesota Vikings’ glass-plated stadium a ‘death trap’ for birds in 2017, which made national news headlines both in the US and abroad. Due to this, it is likely that environmentally conscious customers may begin to ask about how their development can be made more bird-friendly ahead of time. As the technology behind bird-friendly glazing products continues to advance, we’re likely to see it used increasingly frequently throughout the built environment. This in turn presents a tremendous opportunity for architects to specify bird-friendly glass as a simple, cost-efficient means of making buildings more environmentally friendly without impacting building aesthetics, performance, and overall end-user experience. 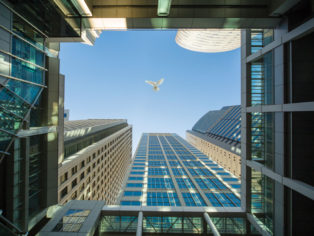 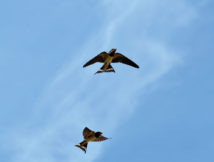