Designing a power station on the Italian island of Capri, famous as a luxury holiday destination, required a sensitive approach to sit a sustainable new plant gently in its setting. Enrico Frigerio speaks to Roseanne Field

Capri, located in the Bay of Naples, is famous for its rugged landscape and the high-end hotels, bars and restaurants on offer – qualities that don’t traditionally dovetail with the creation of industrial buildings. It was inevitably a sensitive task, therefore, to design a small power station on a hillside near the marina on the island’s north coast. However it was one that didn’t faze Enrico Frigerio, architect and founder of Genoa-based practice Frigerio Design Group.

The firm entered an international competition for the project run by Italian electricity grid operator Terna, attracted by the unique challenge.

“The aspect that particularly interested me was being able to give an architectural quality to an industrial plant,” Frigerio remarks. It wasn’t the first power station the studio had designed, having worked on two previously. He explains that the functional aspects and costs are understandably key drivers on such projects, and as such have to be carefully considered by the architects. In particular, he highlights “the relationship between what is to be built and the environment in which it will sit. In the case of Capri, the landscape was overwhelming!”

The island had previously been powered by an old, privately-owned diesel power plant, which Frigerio explains was not environmentally-friendly, and often not even fully functional. “The new power plant would replace a polluting, non-performing, often broken down power source,” he says. The construction of a new and greatly improved facility provided Capri with the opportunity to obtain energy from renewable sources, and thereby reduce its emissions to zero, as well as provide safer power infrastructure. It would also connect the island to Italy’s national grid for the first time. “For the island, the new power plant was a strategic intervention to ensure future development and a public service for the delivery of green electricity.” The old plant, located in a different part of the island, has since been decommissioned and closed, though Frigerio says there are currently no plans to either demolish or repurpose it.

The brief
The need to ensure the power station wouldn’t detract from the surrounding landscape was a key part of the brief that was given to the practice. “They wanted the insertion of the new power station to harmonise with the environment,” says Frigerio, adding, “to diffuse the urban fabric and minimise the visual impact, in a place considered ‘the pearl of the Mediterranean’.”

Terna manage Italy’s high and extra high voltage national power grid, and as such had strict requirements for the plant specification itself, says Frigerio. The new power line connecting the new station to the mainland is entirely underwater and underground. It’s been estimated that connection to the national grid means the island is collectively set to save around €20m a year and see a 130,000 tonne reduction in CO2.

One of the most important practical features to bear in mind for the architects was to ensure the installed equipment would be easily accessible for maintenance purposes, as well as general day-to-day operation. The main rooms housing technical equipment were therefore located in areas accessible by vehicles.

It was also essential that any potential noise pollution was contained, which meant a change was required to the initial design by the architects. Large transformers initially planned to sit outside have been placed inside a volume covered by a green roof. Despite the non-negotiable requirements the client gave the studio, they were, says Frigerio, “aware of the architectural challenge.”

Harmonising, not hiding
Although it was imperative that the building wouldn’t detract from the landscape, the practice never entertained the idea of a design that would camouflage it completely or imitate the nature surrounding it. “It was about interpreting the environment by relating the complex to its personality and architectural quality,” Frigerio explains, continuing: “We explored, examined, breathed in the landscape, looking for all the elements that characterised it.”

Capri’s distinctive ecology combines limestone cliffs and rocks with lush green Mediterranean vegetation, a combination that proved to be a key influence on the studio’s thinking, says Frigerio: “The project is inspired by the area’s natural matrix.” In particular, the shades of colour and trapezoidal geometric pattern of the facade were designed with the surrounding landscape in mind. “Geometries and colours were reinterpreted in materials and details to preserve the same richness and vibration of light,” explains Frigerio. “The decision to use the colours of the site has allowed us to obtain a ‘sweeter,’ more integrated visual impact,” he says. “The building complex is thus linked to nature, becoming a counterpoint to optimise the environmental impact without sacrificing its identity.”

The power station’s facade primarily comprises reinforced concrete, finished with a marble grit that matches the colour of limestone, and modular burnished brass plates. The trapezoidal geometry was inspired by and designed to replicate the “natural geometries” of the island’s limestone, explains Frigerio. He describes the surrounding rocks and cliffs as “a DNA” which the architects used to compose the various elements for the “architectural finish” of the complex, and to “define its personality.”

Perforations in the brass panels form a trapezoidal pattern, cut-outs also being inserted into the reinforced concrete to replicate the pattern as well as providing thermal breaks, avoiding wasting any material. The trapezoids also appear in the same cut-out form in burnished brass sheet metal parapets, gates, screens and fences. “The design of the sheets replicates that of the concrete panels, reversing the effect as the permeable voids dominate,” says Frigerio. He adds that these permeable elements, “playing on solids and voids,” minimise the power station’s visual impact and help harmonise it with the island’s landscape.

Material selection took some careful consideration because of the environment the power station sits in. It was important the materials wouldn’t suffer over time and that maintenance would be kept to a minimum in the relatively harsh coastal environment, with the building exposed to the salty sea air, powerful UV rays and high humidity. “In a place with some of the most aggressive atmospheric and environmental agents, research was developed for a construction that would reduce maintenance to zero, entrusting performance over time to the quality of the materials and details,” explains Frigerio.

In addition to the building’s facade, a focus lighting was at the core of the design. The practice intended to minimise light pollution omitted by the power station at night, yet also wanted to utilise light to highlight the building’s facade. Frigerio describes the lighting as having been “reworked in terms of quality, and completed with a scenic effect.” LEDs were utilised with cut-off parabolas, positioned to hide the light source completely and minimise its impact on the building and landscape. Instead, the practice wanted to showcase the building itself. “Scenographic lighting features between the parapet and walls, with a blade of light shooting upwards highlight the perforated plates, and downwards to illuminate the walls,” Frigerio explains. “We wanted to create an evocative night vision of the new ‘heart’ that feeds the whole island.”

One other element the practice wanted to include was green roofs, which Frigerio says was a challenging part of the design. Their inclusion, chiefly to disguise sophisticated electrical installations, meant “absolute water tightness had to be guaranteed,” he explains. “The greatest effort was convincing the client’s engineers that this was possible!”

Landscaping was another important consideration for the practice – so much so that they described Capri’s mountainous scenery as the second “natural matrix” that influenced their design. “The plan was to follow the orography of the land,” says Frigerio. “The calcareous steps that rise from Marina Grande become retaining walls or buildings, while the vegetation spontaneously occupies the empty spaces and the roofs, to mitigate the volumes and minimise the visual impact.” The plants chosen are local to the island, not only helping the overall composition blend seamlessly, but also meaning they’ll require virtually no maintenance and can be left to grow autonomously.

Although they wanted the landscaping to have a natural, organic feel, some design choices were made for more pragmatic reasons. Tall evergreen oaks, strawberries and carob trees were included to the north, to screen certain elements of the power station. A variety of other local plants were used near retaining walls, and agaves were placed to prevent access at certain points. The colour and scent of the plants also influenced the placement, with the practice aiming for a “chromatic effect that changes with the different seasons of the year.” Pre-existing ‘downy’ oaks were retained in place.

Construction
It was important to the client Terna that the construction programme was “contained,” explains Frigerio, as well as the cost.

Being on an island added an element of complication to the process, with all materials and supplies having to arrive by sea or air. “This influenced various construction solutions, orienting the choices towards prefabrication,” Frigerio says.

“This also had to have maximum dimensions to simplify its transport.”

As well as being influenced by practicality, the practice were heavily guided on material choice by sustainability, with the UN’s sustainable Development Goals (SDGs) in mind.

“Buildings’ sustainability is essential if we want to achieve the SDGs promoted by the UN,” explains Frigerio, continuing: “In this project that has set the parameter for the choice of materials and construction technologies.”

Despite the complicated nature of the construction, the practice – who remained heavily involved throughout the build phase – say they faced no delays or unexpected problems. The only setback came very early on in the project when the discovery of some archaeological objects from the Roman era meant the layout of the entire site had to be redesigned, causing some delays to the programme.

Overall Frigerio is thrilled with how the project has been received by the public. When asked what the response has been, he says: “I would say it has been excellent, in general; it has received many appreciative comments.” There is one anecdote in particular which sticks out in his mind. “The complex is often mistaken for a resort, meaning we have managed to give an industrial plant an architectural dignity,” he explains. “Target reached!” 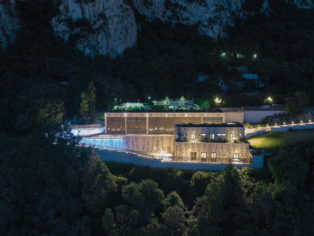 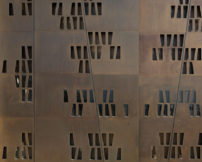